Samba Hit III is a stallion of truly outstanding quality, demonstrated by his score of 9.0 at the 30-day stallion performance test. This stallion has magnificent temperament and his potential is further enhanced by the quality of his paces, his phenomenal ground covering walk, his balance and the cadence of his trot and the rhythmical uphill canter, along with his amazing ability to collect.

Samba Hit III’s full-sister, Poetin, the double champion and World Young Horse Dressage Champion, auctioned for the record price of €2.5 million at the P.S.I. Auction in Ankum. Full-brother Samba Hit I has won many dressage competitions up to Intermediate I Level, and produced the approval champion at Berlin-Brandenberg. Samba Hit II is also a champion and has competed successfully at the Riding Horse National Young Horse Championships 2006 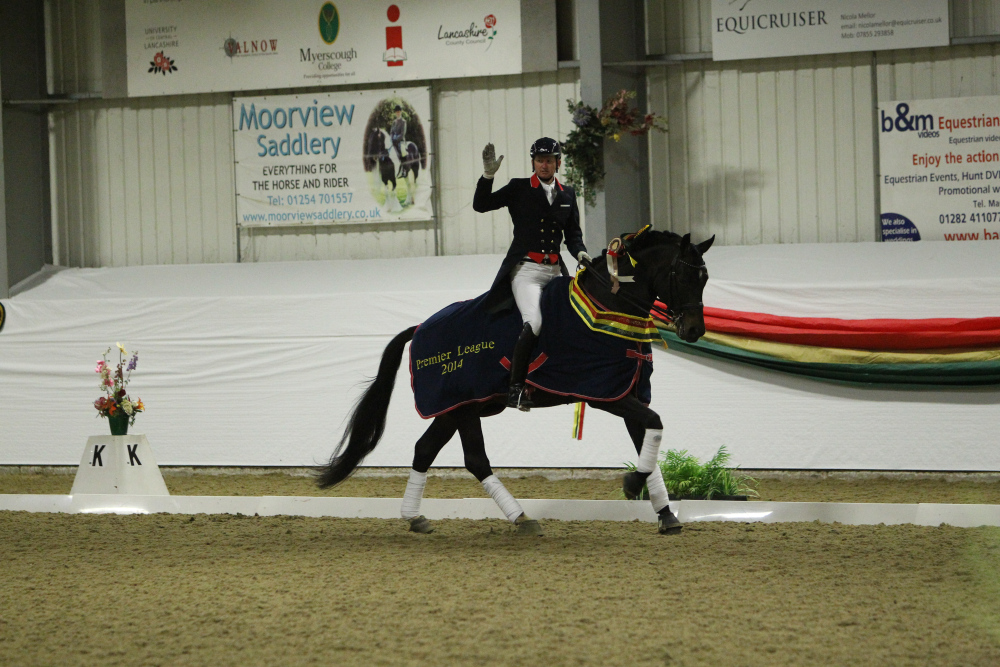 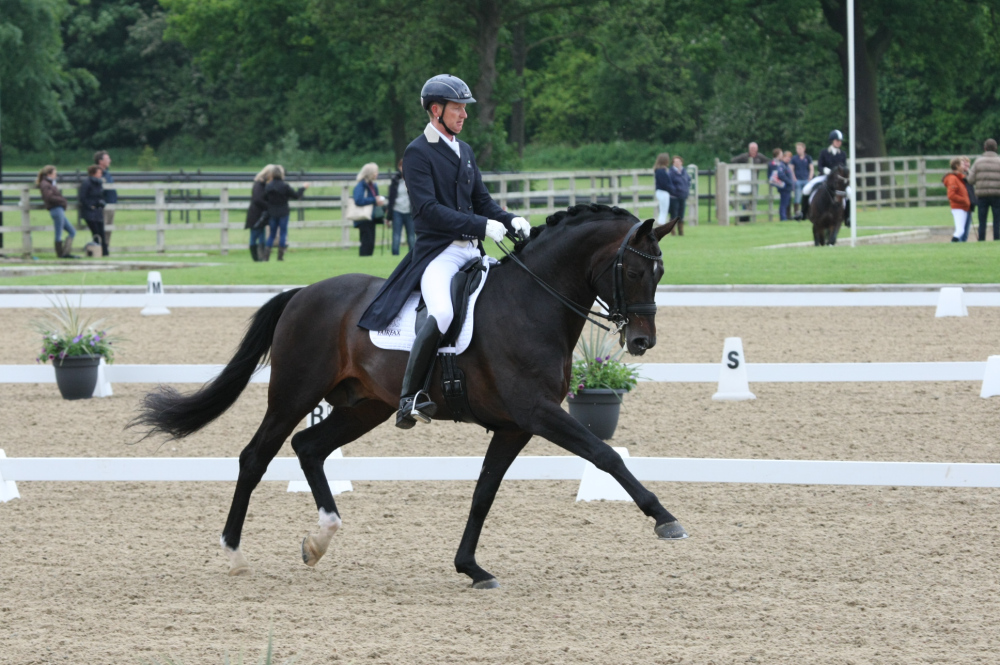 Approved for: Oldenburg, Rheinlander, Westphalian and all southern German associations. Frozen and Chilled semen available. Samba Hit III has won at Premier League Inter 11, many wins at Inter 1, placed 4th at the Nationals, 2nd CDI at Hartpury. Outstanding temperament. He has concentrated on his dressage so only a few progeny but they are out there doing well. Salsa Hit won Medium at the Nationals. Sir Wilfred 2nd in young horse classes with 78%. 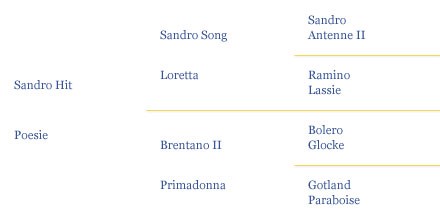 Very few stallions have managed to become a legend during their lifetime. Sandro Hit is therefore almost unique and his production of epochal importance in world dressage horse breeding. He has almost created his own "label": Descendants of Sandro Hit are high in blood, modern, harmonious, equipped with excellent movement and a fascinating appearance. They conquered the scene and made their sire a foundation stallion of modern times. Sandro Hit was himself an amazing German national champion, World Champion of six-year-old dressage horses and trained up to Grand Prix. His heredity is full of superlatives never seen before: Top prices at auctions from foals up to ridden horses, 187 licensed stallions, amongst them several champion stallions, championships winners and numerous Grand Prix winners. 2016 was another special year in the life of this production hero: He crowned his breeding performances, that so far were already unique in every regard, with five Olympians in Rio de Janeiro in Brazil.

She was the full sister to Samba Hit 1-5 and was a world-class German Warmblood mare (Sandro Hit x Brentano II) who won the 2003 World Young Horse Dressage Championships. Winning the six-year-old division, she completed the competition with a score of '10' for her amazing trot, and was also double Bundeschampion. She was the best of the best, and was called "one of the most unique and talented horses of this decade." In 2003, she sold for a world record price of 2.5 million Euro.